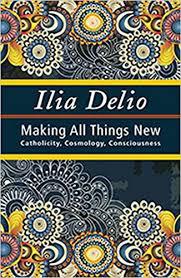 The first book in the series "Catholicity in an Evolving Universe" unveils a new paradigm for being Catholic, a conscious awareness of how everything in the universe forms a whole. Ilia Delio introduces a new word, catholicity, which is destined to become as discussed and familiar in this century as the word Catholic was in the 2nd century. Catholicity is a dynamic, spiritual quality of being Catholic that literally means “becoming whole.” It is an inner principle which first burst forth in the life of Jesus, and has the power to reconnect all the dimensions of life: spirituality, religion, the new sciences, culture, and society.

Catholicity is not an apologetics but an emerging unitive spirituality that is being expressed by Pope Francis and is manifested in the lives of sincere seekers everywhere. It is animating religion in a new direction and infusing key aspects of spirituality with the new sciences, and every aspect of society and culture.